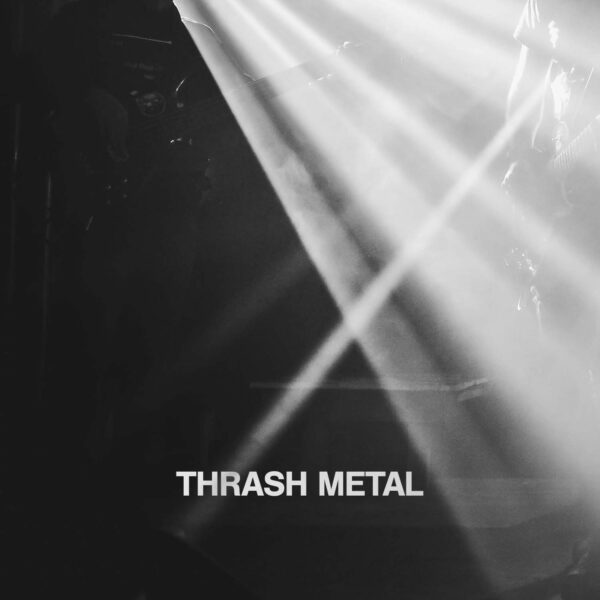 A thrash metal playlist from the big four and modern releases.

Thrash Metal at its best – A crash course and playlist

Our Thrash Metal playlist pays a tribute to the original inspiration of most modern brutal forms of Metal. Thrash was born in the early 80s, the glorious decade when the genre got creative and branched into several distinct styles.

As we mentioned on our Metalcore playlist, the early close interaction between punks and metalheads resulted in awesome fusions. Thrash Metal was one of those strong pioneers, with a noticeable influence that’s still seen nowadays.

In the late 70s UK, a we know as The New Wave of British Heavy Metal developed and later spread internationally. Some kids in the USA grew up admiring those bands’ epic guitar solos. But they also happened to like hardcore, and sometimes punk as a whole. It’s no coincidence that countless Thrash metal bands have made covers of big punk acts (Discharge, Misfits, The Ramones…).

Thrash was also a counter-reaction to 70s glam metal’s massive success. As such, hardcore’s trademark social critique was very appealing to these kids. A handful of them would later form what we know as The Big Four: Metallica, Megadeth, Slayer and Anthrax.

The early 80s marked the greatest moments in the history of Thrash Metal. Metallica’s “Kill ‘Em All” and Slayer’s “Show No Mercy” are both releases from 1983. Then came Anthrax’s, Kreator and Megadeth’s debut in 1984 – 1985. 1986 was the year for two iconic albums: Metallica’s “Master of Puppets” and Slayer’s “Reign in Blood.” The closure to this golden age was the “Clash of the Titans Tour” (1990 – 1991), featuring Slayer, Anthrax and Megadeth.

The Thrash Metal playlist from Kolibri Music is sorted in alphabetical order to avoid any particular classification between the selected artist. The most important qualification factor to get on this list is that the music should be released in 2016, 2017 and 2018. The reason for this is that I want this playlist to be a living documentation from the modern metal scene. In 2019 the 2016 releases will be deleted. Luckily the so called “Big 4” is still alive and kicking and they keep on making modern records which immediately place them on this list as they simply rule over this style of metal. It would be difficult to call this list a Thrash Metal Playlist without them. There are hundreds of Thrash Metal Playlists covering the complete history of the genre as well as loads of “pure” Thrash Metal lists and specialized forums where the knowledge of genres is more important than the music itself. On this list you can discover all kinds of metal beside the Thrash artists. The reason is simple. If I get the “Thrash Vibe” or even an authentic, modern “NWOBHM vibe” and it is a recent release, it deserves its place on this playlist. I listen to all songs before I pick the candidates. It could be a debut or a legend, it doesn’t matter to me. The criteria for me are: Edge, suburban touch, guitars with the right attitude, skill, they don’t give a fxxxk-factor, focus, energy, and of course the song’s ability to stand for itself as an original piece.

Long live the metal scene! May it live and prosper!

If you are into harder music, explore more of our Metal Playlists.